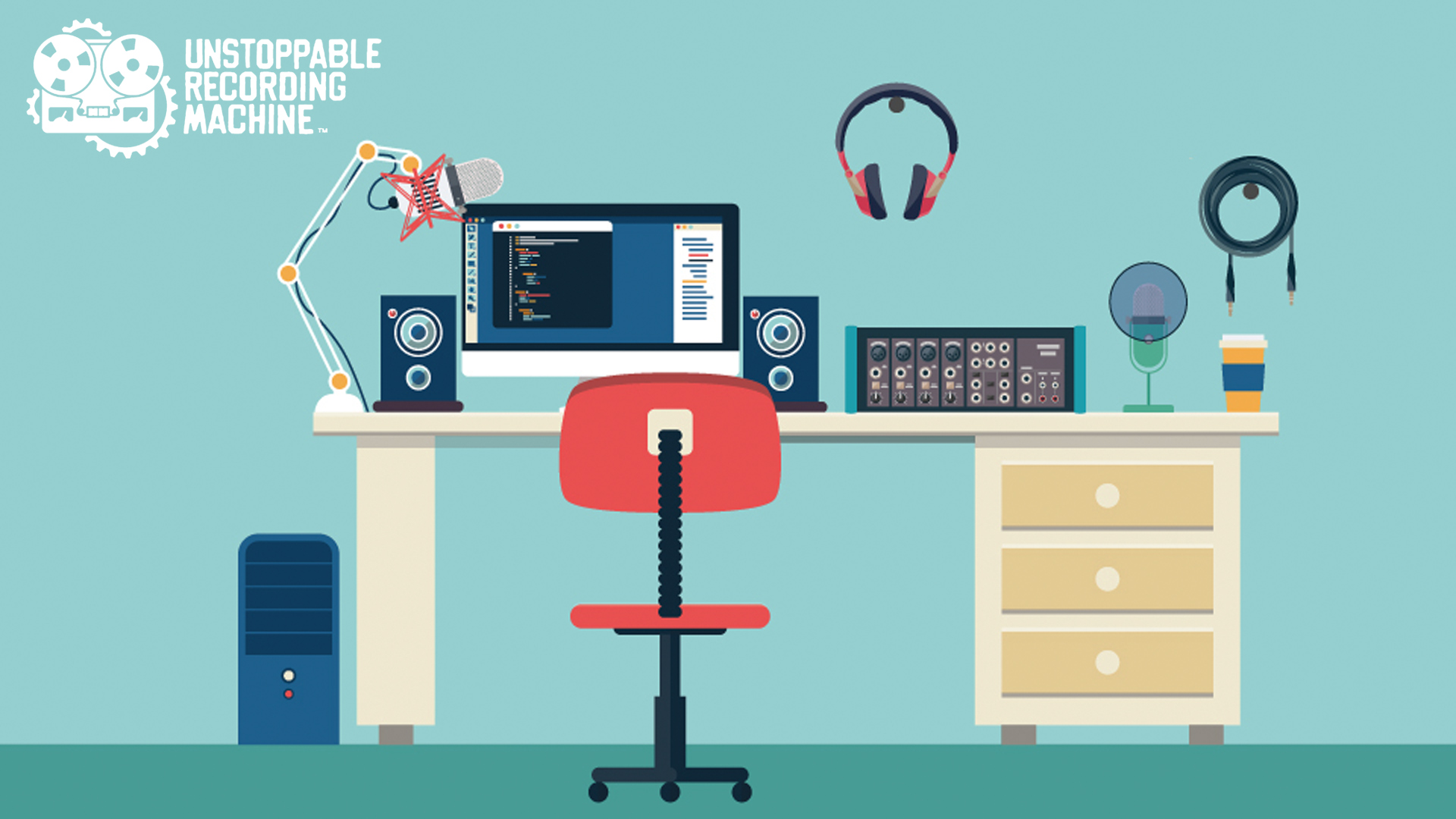 Buy Smart! – A Guide to Buying Gear | By Thomas Brett | Buying gear, it’s one of the things we live for as engineers. With the holiday season slowly coming to an end we’re all eager to go out and spend our Christmas gift money on some cool new equipment. But beware, If you’re not careful it’s easy to catch a bad case of G.A.S! (Gear Acquisition Syndrome)

Here are some important things to consider before you splash out on that shiny new studio toy with the gold-plated price tag:

THE PROBLEM WITH G.A.S. With so many options available to us, we fall for the appeal of owning a cool new piece of equipment all too easily. This often results in purchasing things which we don’t really need…

I’d be willing to bet that you’ve probably told yourself at least one of the following excuses before making an expensive “impulse-buy” in the past:

To be completely honest, I am guilty of having used all of the above at one point or another…

The truth is, a lot of the expensive gear I’ve bought as a result of coming up with these kinds of far-fetched justifications has just ended up sitting on a shelf in the corner gathering dust!

Don’t get me wrong, I’m not saying don’t buy new gear… I’m simply saying BUY THE RIGHT GEAR! Remember: If you have to jump through hoops trying to convince yourself something’s a good idea, it’s probably not…

Here are some general rules/principles to go by when thinking about buying gear:

1 – Get The Basics Right First! A pretty “Solid” metaphor for prioritising your purchases.

“The things you should spend your money on first in audio if you have a limited budget are the things that you’re gonna be using the most.” – Eyal Levi https://urm.academy/ep86-dear-eyal/

When it comes to building a collection of gear for your studio some things will have a much more profound effect on your ability to produce great recordings & mixes than others.

Here’s a simple question: What’s the point in buying a $1000+ piece of boutique analog hardware which you’ll rarely use, while you’re recording with a cheap microphone, into a cheap interface and listening back on cheap monitoring in an untreated room?!?

The obvious answer? THERE IS NO POINT! It simply doesn’t make sense! Chances are you’ll only use that piece of expensive equipment for minimal tweaks that amount to a tiny % of the overall sound of the finished product. So, why not invest that money in improving a much more significant part of the chain for an increase in quality that even the average listener will notice?

Get your priorities straight…

Here are some of the things you absolutely need to get right before you move on to anything too fancy (and most likely pretty insignificant in the big picture):

A) A Good Microphone:

“Get it right at the source”. You’ve probably heard this said hundreds of times and there’s a good reason for it: it’s %100 true! Investing in a good microphone early on in your audio career will really go a long way towards reducing the amount of “fixing” you have to apply to your raw material. Here are some great microphone options to consider on a budget:

Shure SM7B: Good doesn’t necessarily mean expensive, the $400 Shure SM7B has been used as a vocal mic on some massive albums by hugely successful acts such as Michael Jackson, Metallica and The Red Hot Chili Peppers. The fact that it’s a dynamic microphone also makes it an excellent option in less-than-optimal recording situations where room rejection is paramount.

Audio Technica AT4040: Joey Sturgis and Nolly are well known for using the inexpensive yet brilliant AT40 series microphones regularly in their productions. This mic also doubles up as a great instrument microphone.

Joey Sturgis and Eyal Levi on the Shure SM7B and AT4040:

Slate Digital VMS: Another incredible new option that smokes the competition in the value for money department is the new Slate Digital Virtual Microphone System. Think of it as the Kemper Profiling Amp of microphones. Having access to a $20,000+ microphone locker for the same price as a single mid-level condenser is hard to beat.

Check out the VMS here:

B) A Good Interface:

“Crap in, crap out”. The audio interface is the core of your studio. Everything you do in the studio goes in and out of this little box, so don’t skimp while getting one! Think of it this way: What’s the point in having an expensive piece of vintage gear in the chain if it’s going to be tainted through a bad interface?

“What about expensive external preamps, don’t I need one of those?” The short answer? No, at least not when there are other more vital things you could be upgrading instead…

There’s a common misconception among new engineers that a $1000+ preamp will make a giant, life-altering difference to their recordings. But the truth is the preamps built into decent interfaces are actually pretty good already. Of course having a better preamp will give you better results, just not to the extent that some of the snobs on the audio forums would have you believe.

NOTE: Make sure to check out the Slate Digital Virtual Preamp Collection. If you own an audio interface with good, clean, linear preamps then applying some preamplifier emulation during mixing might nudge you a step closer to the real thing. http://slatedigital.com/virtual-preamp-collection/

I spent years trying to figure out why my vocal recordings always seemed to need a ton of EQ to sound right, despite the fact that I was recording with a fairly good microphone! It wasn’t until I got my hands on some vocal tracks which had been recorded in an A-Class studio that I realised the real source of the problem: THE ROOM. Performing in an untreated space “excites” the reflective surfaces in the room resulting in various resonances and frequency build-ups to occur and be picked up by the microphone during recording. This whole situation is amplified further if you’re dealing with a smaller room with a lower ceiling and/or smooth flooring.

The exact same principles apply for mixing through monitors in an untreated room. No matter how flat or expensive your monitors are, you’re shooting yourself in the foot if you aren’t hearing them accurately.

NOTE: I won’t go into monitoring in this Blog as I wrote an in-depth article on the topic a few weeks ago. You can read the article here: https://urm.academy/common-mixing-mistakes-volume-1/

How can I improve my room?

Fixing this issue is a tricky one, as people rarely have the luxury of changing the room they work from. There are, however, definite ways of drastically improving even the worst of rooms without having to break the bank. Treating a room in order to achieve the ideal acoustics for a studio isn’t as simple as sticking some thin, flimsy egg cartons or foam squares over the walls. These types of materials will only serve to dampen the high-end flutter you hear when you clap your hands and do next to nothing towards controlling the mids and lows (which are the real culprit).

Getting a room treated properly takes a lot of time, effort and money. There are however some inexpensive DIY options that can put a major dent in your room-related issues. It still won’t come cheap, but the results are well worth the price.

Check out some of the wallet-friendly treatment options listed below:

2 – A Quick Look At The Rule of Diminishing Returns Diminishing Returns: A point at which the level of profits or benefits gained is less than the amount of money or energy invested.

Different people have different ways they like to go about buying things. Some people like to upgrade as they go along, while others prefer to wait years before they pull the plug on something better.

These are both valid methods, but in my mind the ideal purchasing route for an audio engineer who’s just starting out goes somewhat like the following:

(I’ll use audio interfaces as an example here, but this principle applies to pretty much anything piece of music-related gear you buy)

Step 1 – Buy a decent quality, good value for money, beginner audio interface that will allow you to get your foot in the door. (Around $100-150)

Step 2 – Once you’ve got past the learning curve and are ready to get serious buy a good/great value interface which nobody can question the quality of and doesn’t necessarily ever need upgrading aka. Something near the point of diminishing returns. (Around $1000)

Why go about buying gear in this way?

It’s funny how as I’ve slowly ended up selling off excess “impulse purchases” I’ve made throughout the years and streamlined my recording methods, my recordings have actually ended up sounding better as a result…

The next time you’re trying to figure out how to spend your gear money, or debating whether or not buy something in particular, ask yourself the following questions:

This concludes “BUY SMART!: A Guide To Buying Gear”. I hope that this article has given you some new ideas to try out during your next project. Be sure to comment below if any of this information has helped you out, or if you have any questions.