Death To Sibilance: A Simple Guide To De-essing Vocals – By Thomas Brett

Over-sibilance is a problem with most recorded vocal tracks. Sibilance is the common name for some of the harsh sounds in the human voice such as “s,t,ch,th”. If not dealt with correctly, these sounds will cut through a mix in a very painful way. In other words, they make your mixes hard to listen to.

“De-Essing” is the process of reducing the level of these sibilant sounds in order to make the vocal sound more pleasant. I’m going to share some of my favorite de-essing tricks which can be used both during the mixing, and recording stages.

Tackling Sibilance in the Recording Stage:

The age old recording cliche says “get it right at the source.” I can’t argue with that. One of the best ways to reduce sibilance in your vocal tracks is to capture less sibilance in the first place. 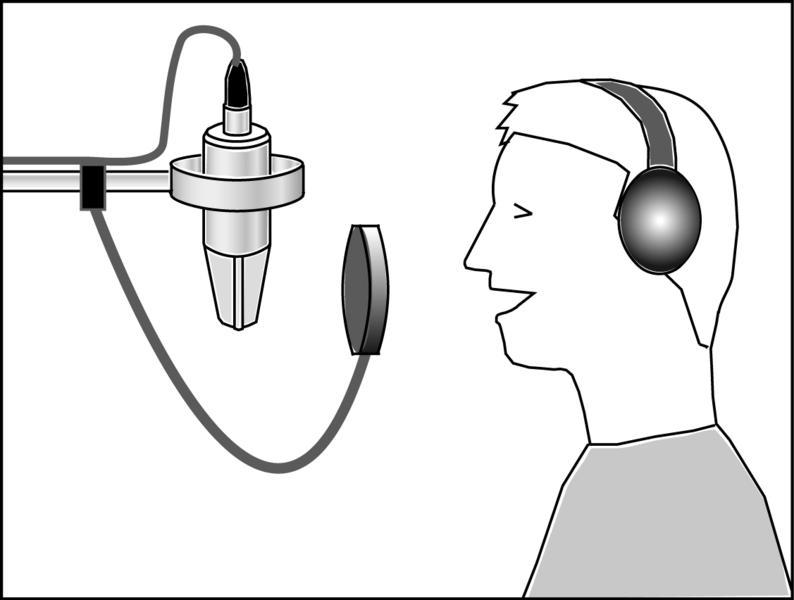 Vocalist singing around two fists (8 inches) away from a condenser microphone.

Don’t place the microphone too close to the singer’s mouth:

On condensers, try to keep the distance between the singer’s mouth and the capsule of the microphone at around 8 inches. Anything closer than this and the sibilance and plosive (bursts of air from P,B sounds) sounds in the vocal will be exaggerated.

The vocalist will often need to be closer than 8 inches on dynamic microphones like an SM7B. In cases like these try a combination of the methods outlined below.

High frequency sounds are very directional. By angling the microphone so that it’s not in a direct line with the singer’s mouth you can reduce the amount of sibilance hitting the microphone directly. Plus, there’s the added benefit of reducing plosives (bursts of air from P,B sounds). Microphone aimed at the singers mouth at a 45 degree angle while the singer aims toward the pop filter.

This is a rather unconventional trick that I hadn’t heard about until Eyal Levi mentioned it while discussing this article. After doing some research and trying it myself, I must admit that it works surprisingly well! While this trick is primarily aimed at stopping plosives, it can sometimes help reduce sibilance as well.

This technique uses a pencil to block/reduce the amount of air hitting the diaphragm of the microphone, and in return reduce the high-end harshness in the sibilance. 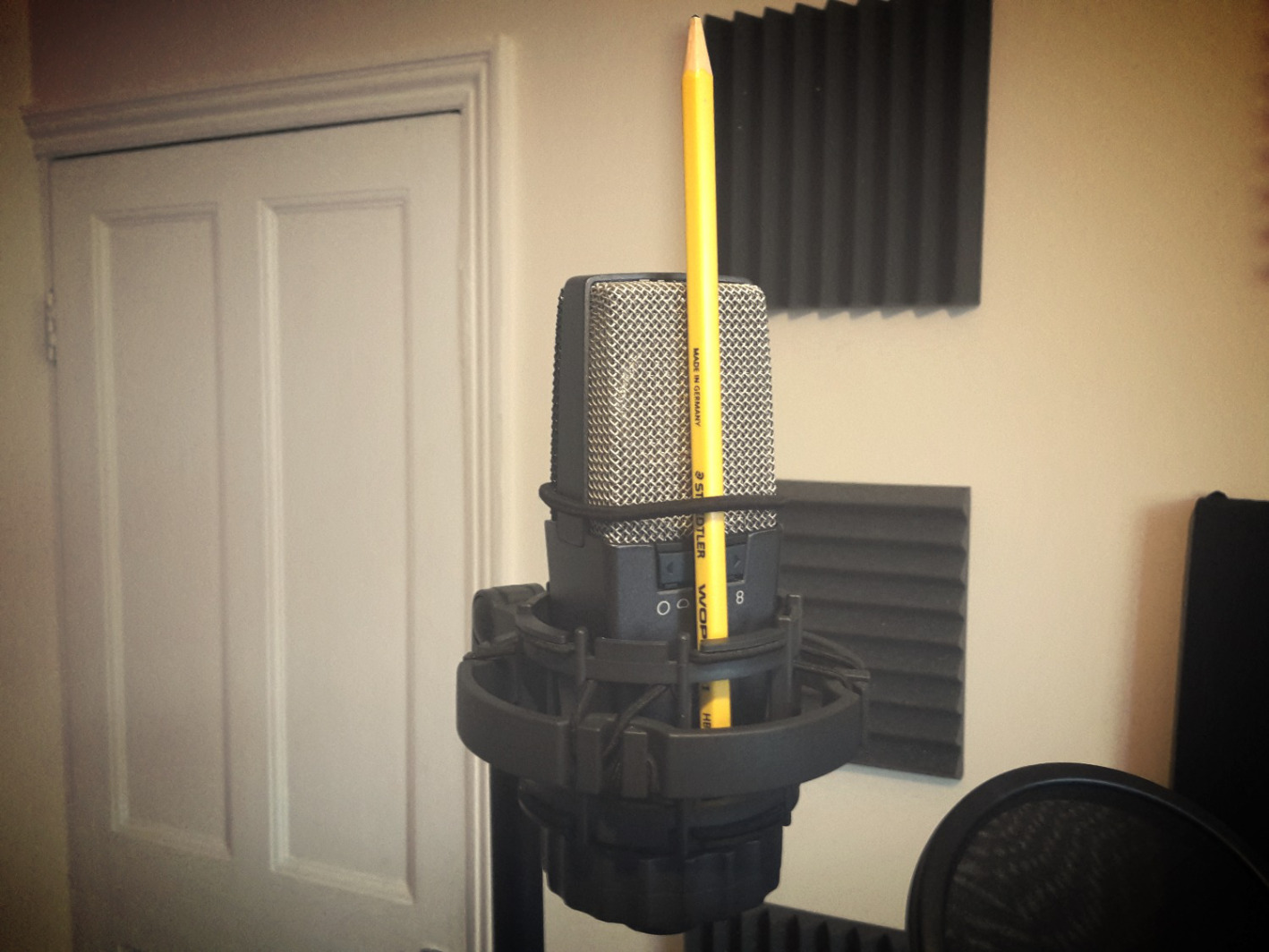 The Pencil Trick on an AKG c414

How to do the Pencil Trick:

Tackling Sibilance in the Mixing Stage:

Don’t worry If a vocal hasn’t been recorded properly, or if the vocalist just happens to be extremely sibilant. Handling sibilance in a mix is relatively easy.

The easiest and most popular method to De-Ess a vocal would be to use a De-Esser plugin.

Here’s a list of my favorite De-Esser plugins available on the market today:

What is a De-Esser?

A De-Esser is basically a compressor which is side-chained to the high-mid frequencies. When set correctly, a De-esser will only act upon the harsh and sibilant sounds within a vocal. Most De-Essers give you the ability to fine-tune which frequencies are being affected. By using these parameters you can determine where the problem areas are, and how the plugin reacts to them.

A Split-Band De-Esser is a multi-band compressor which has been optimized for sibilant sounds. This setting will only affect the high frequencies of the sibilance (which the user can determine). By using this setting you can effectively “dull” the sibilance, and in return cause less irritation to the listener’s ears.

Unlike Split-Band De-Essing, a wide-band De-esser will compress (turn down) the whole vocal track whenever a sibilant sound crosses the threshold parameter. I personally prefer using De-Essers in the wide-band setting, as the esses are left intact frequency-wise and only reduced in volume instead.

How to use a De-Esser:

De-Essing vocals manually is much more time-consuming compared to using a plugin. However, this method allows for much more control and fine-tuning on a per sibilant basis: Reducing the volume of a single sibilant using automation.

Once you’ve spotted the sibilance, the next step is to add a volume envelope to each one and reduce them in volume by anywhere from 5-10dB.

This is basically the same as using a wide-band De-Esser, but with the added control of adjusting the volume for each sibilant separately. Although doing this by-hand is super accurate, the biggest downside is the fact that it takes much longer than just using a plugin.

This method of De-Essing is not for the faint-hearted. It comprises of manually cutting each individual sibilant sound out of the vocal track one by one and moving them on to a second channel.

Splitting the sibilance on to a separate track and reducing the volume with the channel fader.

This process is the most tedious and labor intensive method of doing the job, but in return gives you full control over the amount of sibilance in your vocal, as well as the option to process the sibilance differently.

Using any of these techniques can lead to great results. It’s important to remember that there isn’t really a “correct” way to de-ess a vocal. I find that choosing which method to use really depends on your workflow, and how long you’re willing to spend on the de-essing process.

Try out these techniques in your own projects and make sure to experiment with using multiple techniques on a single vocal. Remember that splitting a process between multiple stages instead of relying on a single plugin or technique can sometimes be the key to more natural sounding results.